CREATIVITY AT VIXEN LABS – OUR THOUGHTS ON #WCID

By Vixen Labs / April 21, 2022 / Team
Of all the popular buzzwords in the voice and technology spheres, innovation and creativity have got to be near the top of the list. But that doesn’t render them useless: it signals an integral importance to their function in our work. 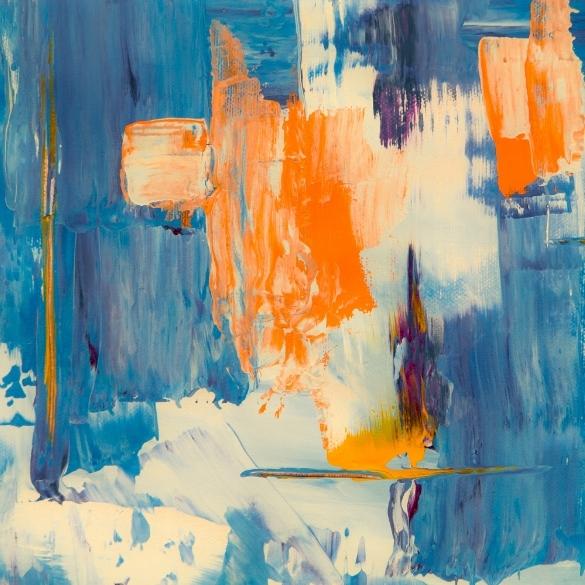 World Creativity and Innovation Day is celebrated every 21 April. The United Nations dedicated this day in order to raise the profile of creativity and innovation – and to recognise their importance in advancing the Sustainable Development Goals.

We set out to discover what creativity at Vixen Labs means by asking a few of our team members for their thoughts. We also got deep: if creativity is critical to solving some of society’s most pressing issues, how can voice help?

Where else to start than with our very own Voice & Audio Creative, Suze Cooper? Suze is the powerhouse behind our podcast Talking Shop, as well as many of our clients’ audible outputs.

“Creativity is the ability to break through the norm – and grow what you find on the other side,” says Suze. “It’s using imagination to surpass limitations and expectations and giving ourselves permission to play with ideas.” Suze expands with how she sees creativity changing with age, and the benefits of pursuing it: “Learning through play gives children the chance to test things out and make observations and decisions based on their experiences. As we get older, we lose that element of play – and, with it, the permission to try new ways of doing things.

Creativity could be seen as a way of adults finding our way back to learning through play. In doing so we release the limits of what’s possible, and allow ourselves to come up with new ways of doing things.”

“I really agree with what the UN says: there is no universal definition of creativity,” says Vixen Labs COO Jen Heape. “I think it needs to be about creating something of enrichment to people. Part of being creative is being able to think in a really elastic way – and this is something I want to promote at Vixen Labs. There’s a legacy in the agency world of ‘oh, if you don’t have creative in your title, you can’t be creative’ – which is not only wrong, but limiting to both the individual and the group.”

And with a nod to the other initial in WCID: “Innovation is much the same, we are looking to create things that are new and exciting; that others haven’t thought about. At Vixen Labs, for example, innovation means inspiring or working with others to either create or use technology in a way they haven’t before. We’re trying to have a positive impact on people’s lives, ultimately making them easier.”

“INNOVATION IS TAKING ACTIVE STEPS TOWARDS MAKING THE FUTURE YOU WANT.”

Our CEO, James Poulter (JP), touches on innovation too: “Innovation is taking active steps towards making the future you want. It isn’t done in a vacuum; innovation has to be something that brings in the outside world and understands it with empathy.”

Let’s bring it back to voice

Jen weighs in from a design perspective. “What people want now, in today’s ever-cluttered world, are things of real value,” says Jen. “Things that actually enrich lives can be about pure delight through entertainment, or they can be about utility through services or tools. So bringing the idea of creativity – or coming up with concepts – into the bosom of user-centric design in voice is often about trying to work out exactly how a concept is going to add value to people’s lives.”

“We would be hard pressed to solve any of today’s problems without conversation. Talking through an issue is a great way to find a solution,” points out Suze. “Voice technology is such a levelling tech: it allows more people to join the conversation. We no longer need a screen and keyboard to search the internet, to become informed on a topic, or to discover something new. Voice commands enable and empower more people to access conversations which could change the way they think and feel about integral social issues, thereby motivating a move for change.”

Continuing with this theme, Rich challenges us to think about what can be improved – and how voice can play a role. “There are so many pressing concerns for society in 2022. Voice technology has the genuine ability to address some of those.

“THERE ARE SO MANY FUNCTIONS OF VOICE TECHNOLOGY THAT CAN HELP CHANGE PEOPLE’S LIVES.”

“For example, social care in the UK has been on the brink of crisis for many years. This wasn’t helped by the pandemic (which highlighted just how vulnerable our aging population can be). Voice technology helped in a multitude of ways, from helping to relieve loneliness through communication with friends and family, to keeping the mind active by playing games, to giving them control in settings where they might otherwise feel powerless.

“We’re also at a point now with voice technology where it can also be used by, and to help, carers. Technologies can monitor someone’s activity, to train them on new skills, to translate or define medical language – there are so many functions of voice technology that can help change people’s lives.”

The inherent value in creativity and innovation

In today’s growth-led world it can be easy to get caught in the mindset of everything having to be worth time or money invested, but perhaps that doesn’t have to be the case. Cost-benefit analyses are incredibly important, but perhaps we can foster creativity for no reason other than it feels good.

“I DON’T THINK YOU CAN PUT A PRICE ON A MOMENT OF CREATIVE DELIGHT.”

Suze agrees: “Creativity is valuable in so many ways; from personal self-growth, to impacting communities and wider society. Not everything of value has to have a price tag attached. I don’t think you can put a price on a moment of creative delight.”

JP chimes in on innovation: “Innovation is valuable because it helps drive progression towards a better version of the future through economic impact and societal change. But even when it’s unsuccessful in its endeavours, it teaches us so many things about who we are, what our tolerances are and, ultimately, how we want the world to be shaped. Those learnings are so valuable.”

Jen wraps it all up nicely when thinking about creativity at Vixen Labs.

“WE ARE A DEEPLY CREATIVE GROUP OF PEOPLE, NO MATTER YOUR JOB TITLE.”

“Voice didn’t really exist five to seven years ago – at least not in the high-volume, consumer-facing way that it does now. The roles that we have in a full-service voice agency like Vixen? Those roles didn’t exist. So almost by definition of our journeys to this work, we are a deeply creative group of people, no matter your job title.”

“Our minds thrive when we are being creative, and at Vixen that is embraced,” agrees Rich. “We look to new technologies, we think outside the box, we think and ideate and discuss in welcoming groups what is best – not only for the client, but also for us as individuals.”

If that sounds like the sort of team you might like to join, check out our Careers page. Why not tell us what creativity means in your work? We’d love to hear from you. 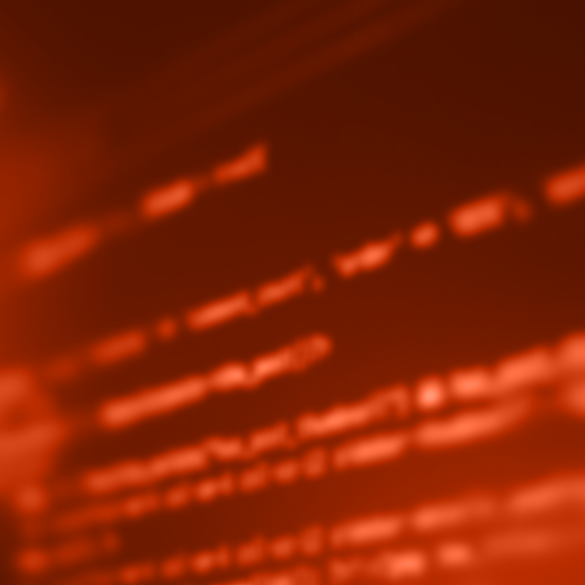 Information Security is inherent to everything we do at Vixen Labs. After many months of integrating policies and educating staff, Vixen Labs can proudly say we are ISO 27001 accredited, clearly demonstrating our compliance with and commitment to best practice data security processes. 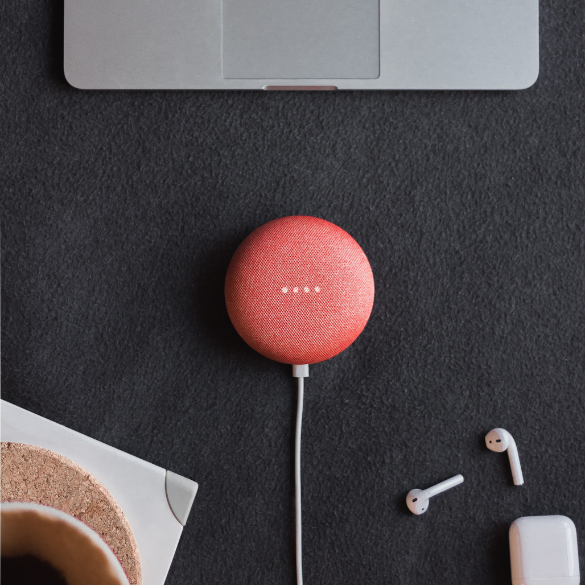 GOODBYE CONVERSATIONAL ACTIONS. WHAT NEXT?

Our mission at Vixen Labs is to use voice technology to reduce friction, increase empathy, and drive customer and business value. It makes sense, then, that we’ve been building for the Google Assistant platform. 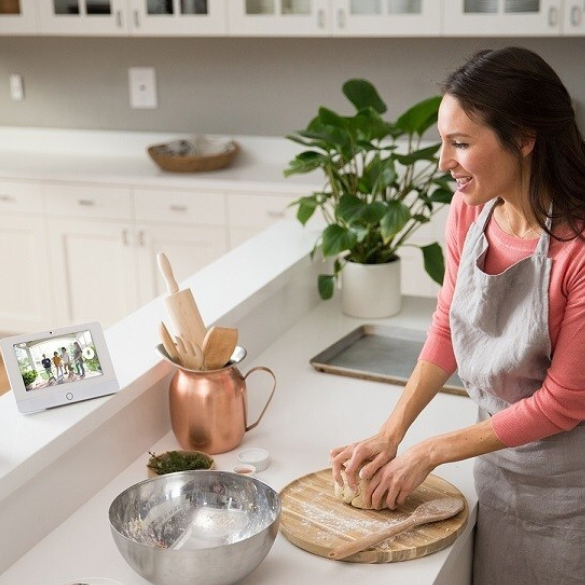 LEARN HOW TO DO ANYTHING WITH THE WIKIHOW ALEXA SKILL

Whether you’re fixing a bike tire, getting a wine stain out of a carpet, or baking a cake, wikiHow’s step-by-step guides are the perfect use case for voice. When your hands are busy, but you need instructions to follow, touchless is the way. 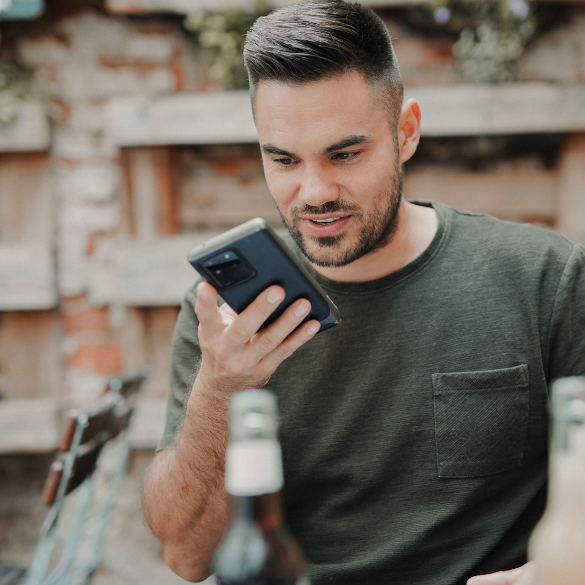 GIVE YOUR AMERICAN AUDIENCES SOMETHING TO TALK ABOUT

Voice technology is not just a novel tool to entertain yourself or order food; it's becoming a secret weapon for businesses to improve internal and external operations.